Street Rod Life from Xceleration Media is an upcoming publication that will celebrate amazing cars, performance ingenuity and the hot rodding lifestyle from coast to coast.

Xceleration Media is pleased to introduce Todd Ryden as the editor of Street Rod Life. For over 20 years, Todd has been able to combine his passion for hot rods and performance with his career. He's built a number of cars, raced on the strip, turned left and right around a few road courses and cruised across the country in a variety of hot rods. Connect with Street Rod Life online to stay current with the latest news and technology.Street Rod Life is on Facebook, Twitter, YouTube and Google+. In addition, Xceleration Media has a presence on YouTube, Instagram and Pinterest.

Exciting Boss 429 Unveiling at the Muscle Car and Corvette Nationals

Let's kick off the week with some exciting Muscle Car and Corvette Nationals news. It may seem like November is a long way off, and in a way it is, but if you own one of the MCACN Official "Unveiling" cars, the clock is ticking! We have confirmed several very significant cars for Unveilings, and here is one that is currently undergoing a full restoration. This black on black 1969 Boss 429, ‪#‎KK1365‬ is going to be an absolute show stopper. Owner Tom Marcucci does not cut any corners and he spent several years looking for the right Boss '9. This one has the original drivetrain, making it one rare pony. I took these pics at the Dearborn Mustang meet this summer, where Tom showed it pre-restoration. Whew...can't wait to see the cover pulled off this one at MCAN, November 21-22! Is there anything cooler and more sinister than a black Boss '9? 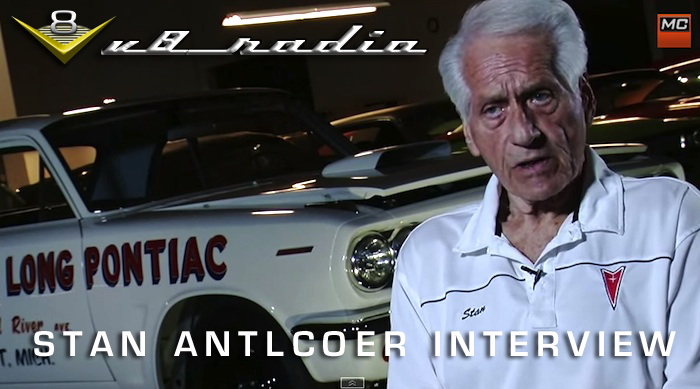 In this episode, we share the entire interview with Stan Antlocer, former driver and owner of the "World's Fastest Pontiac Tempest".    We featured Stan and the Tempest in a Muscle Car Of The Week video, but this V8 Radio podcast contains all the stories from the full interview.    To say Stan has been around the block a few times is an understatement... we're fortunate he shared some of his stories with us.

Check out all the V8 Radio episodes at http://www.v8radio.com!

Click Read More to watch the Muscle Car Of The Week video!

Holley Performance Products seems to be on a mission to make swapping the GM LS engine into classic muscle cars easier than ever. At the 2014 SEMA show in Las Vegas, Holley demonstrated new exhaust systems from Hooker as well as LS engine swap kits for a variety of Muscle Cars.

Replacing quarter panels can be a daunting but necessary task when restoring a Muscle Car.   In this video, V8 Speed & Resto Shop Technician Adam Schulte shows us some tips on replacing the trunk floor, wheel house, and quarter panels on a 1970 Buick GS 455 Stage 1.   Featuring an HTP VersaSpot 7000 welder. 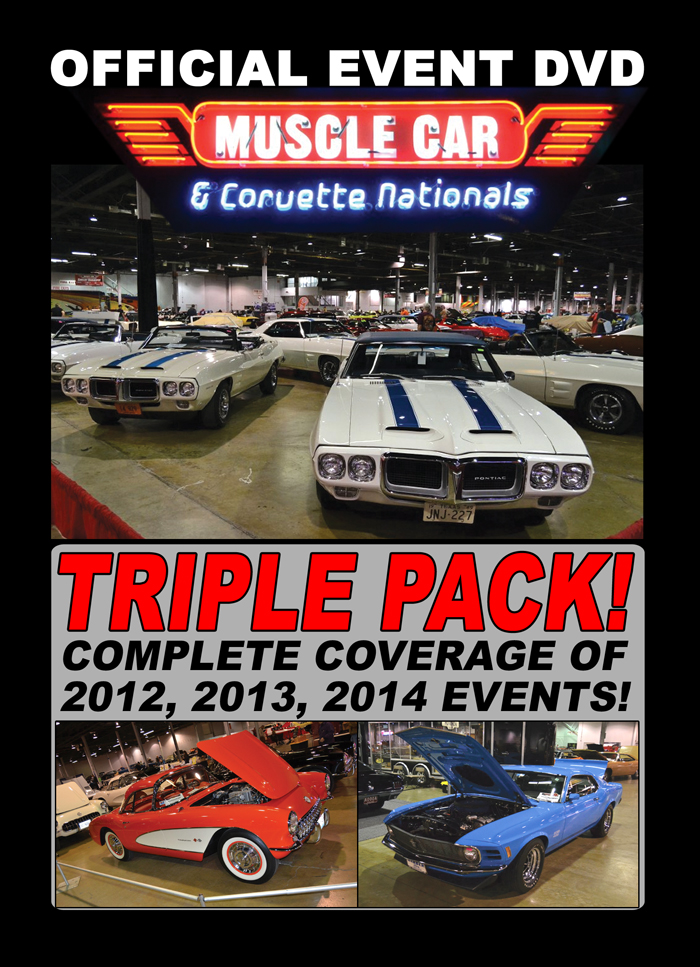 The Muscle Car and Corvette Nationals (MCACN) show is THE premiere Muscle Car event in the world, and this new Triple DVD 3-pack covers this spectacular show for 2012, 2013, and 2014!   The Official Event DVD features interviews and car features from some of the most highly-prized, rare, and saught-after Muscle Cars and Corvettes in the world!

A Muscle Car book unlike any other, featuring the rarest vehicles on Earth.

In the 1960s, something explosive happened in the automotive world: the United States' evolving V-8 engine technology was met by 75 million baby boomers, all with an extreme need for speed and all entering the auto market at the same time. The result was the golden era of factory muscle cars, brutish machines that were unlike any the world had ever seen or will likely ever see again--they truly embodied the "sex, drugs, and rock-and-roll" generation. For some, even a factory muscle car wasn't enough. Detroit automakers responded, secretly building some of the most outrageous muscle cars ever created behind their superiors' backs and ultimately creating some of the most powerful vehicles ever sold to the public. In Top Muscle, author Darwin Holmstrom chronicles the ultimate collection of these super-rare high-performance beasts. Captured by the lens of renowned auto photographer Randy Leffingwell, these cars represent the absolute zenith of the most valuable collector cars in existence, with fascinating histories that illuminate the wildest age in American automotive history.